The Black Mailbox is a place where UFO enthusiasts leave messages and drinks in hopes of communication with aliens in Area 51.

Hey you! It’s Alien Trump! You want grab an alien by the P?

Alien pussy or penis, it doesn’t matter, just wash your hands. Lots of people say I have tiny hands, but for aliens they’re huge. Huge! My fingers are long and beautiful, as, it has been well documented, are various other parts of my body.

You know like Nick or Nicolette here? My daughter, Nicolette. She’s 6 feet tall, she’s got the best body.

If Nicolette weren’t my daughter, perhaps I would be dating her.

Area 51. Very secret government base. Very secret. Has a Black Mailbox where you can talk to aliens.

It’s so true. I’m Alien President so I know these things. Not illegal aliens, I’m talking about real aliens. A lot of people don’t know that.

You know who’s one of the great beauties of the world, according to everybody? Marilyn Monroe. She’s an alien. It’s true. It’s so true.

You talk to Covfefe, tell him I sent you. You pay him 20 billion space moons. The beauty of me is that I’m rich! I look very much forward to showing my financials, because they are huge. Huge!

Then you take a shot glass with Marilyn. She’s an alien. Ren’Hahuta. Lot’s of people don’t know that. Fill it with alien tequila. Not Mexican tequila, that’s for bad hombres. But some of it, I assume, is good.

You want to grab some Penis, write the word Rrulel. That’s the alien word for dick. It’s true. I know words. I have the best words!

Leave it in the Black Mailbox and you get alien nudes. Not fake nudes like from GNN, Galaxy News Network. Real nudes!

You get an alien with a rrulel. And his rrulel will be huge. Huge! I’m hearing it’s the biggest. You won’t believe how big it is!

Lovely and I outside the Alien Research Center. I think we all know what kind of research goes on in there! A little gastronomical and anatomical! 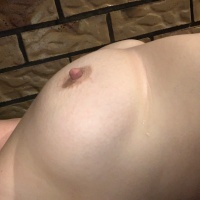