So I’m off to run the Grand Canyon rim to rim to rim.  My family is nervous and is making me keep a GPS tracker as I go.  Not unreasonable to be honest.

So I decided if I’m keeping a running trip update of my running trip, may as well make a clothing optional version, too!

Day 1 stop 1:  pants off start off!  Leaving my home state in a state of undress at a quick stop at Peckerneck Trailhead, a special place for nopantsendurance because it is the setting of my first nude blog post!

Day 1 stop 2:  stopped at this rest area by Prairie Dog State Park.  It had covered picnic areas with these cool green sun shades that made for a sweet backdrop!

A rest stop doesn’t exactly scream high brow pics, and indeed this place delivered on more gratuitous! Then by the pole mounted picnic table (appropriately!) there was this graffiti game: “How far can you shoot it”

Do I just have a dirty mind, or is there something else I was supposed to be shooting? 🍆💦 Amyway, I wasn’t going to pass on an excuse to display my full erection!

After a nice warm night tucked in, guess who’s up at the crack of dawn!

Reflecting on a sunny morning by the lake!

This place is awesome literally.  That also means busy, so I could only sneak in a nude behind some coverage.

But I did get a decent post-apocalyptic cosplay shoot in at the dunes propper.

Camping for the night at the Messoline UFO Watchtower!

Ha ha!  Just a selfie with my headlamp!  There is no such thing as aliens!

You were saying, Earthling?

Going through my pics from the dunes yesterday and found this pair doing a topless boudoir shoot!  And I was too chicken to take out my cock 😉  But different levels of acceptance between topless women and men with their penises out, unfortunately.

Feel fine posting it, extreme zoom so can’t identify the party involved, but what great fun!  Good for her!

A car came up over a hill as I was posing, oops!  I ran behind the sign, but may have flashed somebody.  Nudity is not illegal on federal land, though not necessarily welcomed!

A bucket list shoot!  I’ve always wanted to get a nude shoot in on a long, paved road with a spectacular view.  I had hoped for Monument Valley in Moab, but it was far too busy.

This on Indian Service Route 571.  In the distance is the majestic Ship Rock.  In the frontal is the less majestic My Cock! 😋

Day 3 stop 4:  on my way to the site of Project Gasbuggy (more on that later!)

Passing through Apache lands.  They posted a list of prohibited items, including pants!

Huh?  Pants aren’t on the list?  Oh well, if I get stopped by a patrol I’ll be ready for a strip search!  Watch out I always keep my gun loaded! 😉

Carson National Forest: “Land of many uses” including naturism!

So that didn’t go as planned.  High temperature in the canyon reached 112 F (44 C)!  I didn’t like my heart rate going to the Falls and was down to one bottle out of three hydration.

There was one couple at the falls when I arrived but then I had it to myself to cool down.

But after two miles the heat was back in full force.  It was about the same distance to the rim as back to Phantom, but that was 5,000 feet of climbing then another 13 miles back the other way to Phantom

So I bailed on rim to rim and turned back to Phantom Ranch which has a fresh water source.  I made it and started drinking, but then threw up many times and ended up in the medical cabin for 2 liters of IV drip.

Many thanks to the caring ladies at the canteen who gave me free lemonade and dumped ice water over me.  I guess I can check off the ice bucket challenge!

I was so dehydrated that blood tests were high on potassium so they ran an EKG test for my heart, but I’m fine.

So I spent the night camping under the stars.  No blanket nor pants needed in the heat of the night.  I ran my own heart test (half joking) to see if the pumper was up to task!

A night/early morning start back up let me have the run of the place as the Phantom of the ranch!

So I set back out on the beautiful trails.

Making sure to take rests and enjoy the wonders of the Grand Canyon.  Like the Colorado River.

And Indian Garden day use camp.

Pack mules with whom I share a singular trait.  Stubbornness, I mean!  They probably made their distance.  I sent down some Starbucks gift cards to the kind phantoms for their help.

Next step was to find the campground services.

The Grand Canyon is swarming with tourists, but I went off trail to bag the iconic Grand Canyon backdrop photo op, difference being nude!

The Beacons are lit! Gondor calls for aid!  The sun just happened to be in the right place over this old watchtower!

Watchtower! The way back I lucked I to this view of Horseshoe Bend! Spectacular! 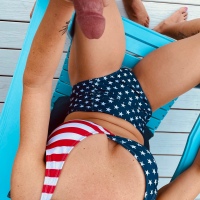