I’d never been to Texas except on flight connections.  I was hankering to get out of my usual midwest flatlands for something new and decided to tackle a canyon ultra.  It was more than I was prepared for.  A group lesson from park rangers on how not to die from a rattlesnake as thick as a fist, or a charging bison, or even a cute prairie dog (they can carry bubonic plague) to start was an ill omen.  But what I really wasn’t prepared for was a 600 foot canyon wall climb that required as much use of arms as legs, it was that steep!

Long story short, this race ended up a DNF (did not finish).  It sucks, but it happens.  Ultramarathons are hard and eat the unprepared.  Lesson learned.  But the trip was not a waste.  Texas was as advertised, with bison, cowboys and cowgirls and awesome BBQ.  And the scenery really was majestic.

At the end of a dusty day, no better way to clean the red soil off than a nice hot bath at the B&B I stayed at.  There wasn’t even a shower, just a tub, how rustic is that? 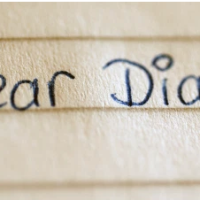